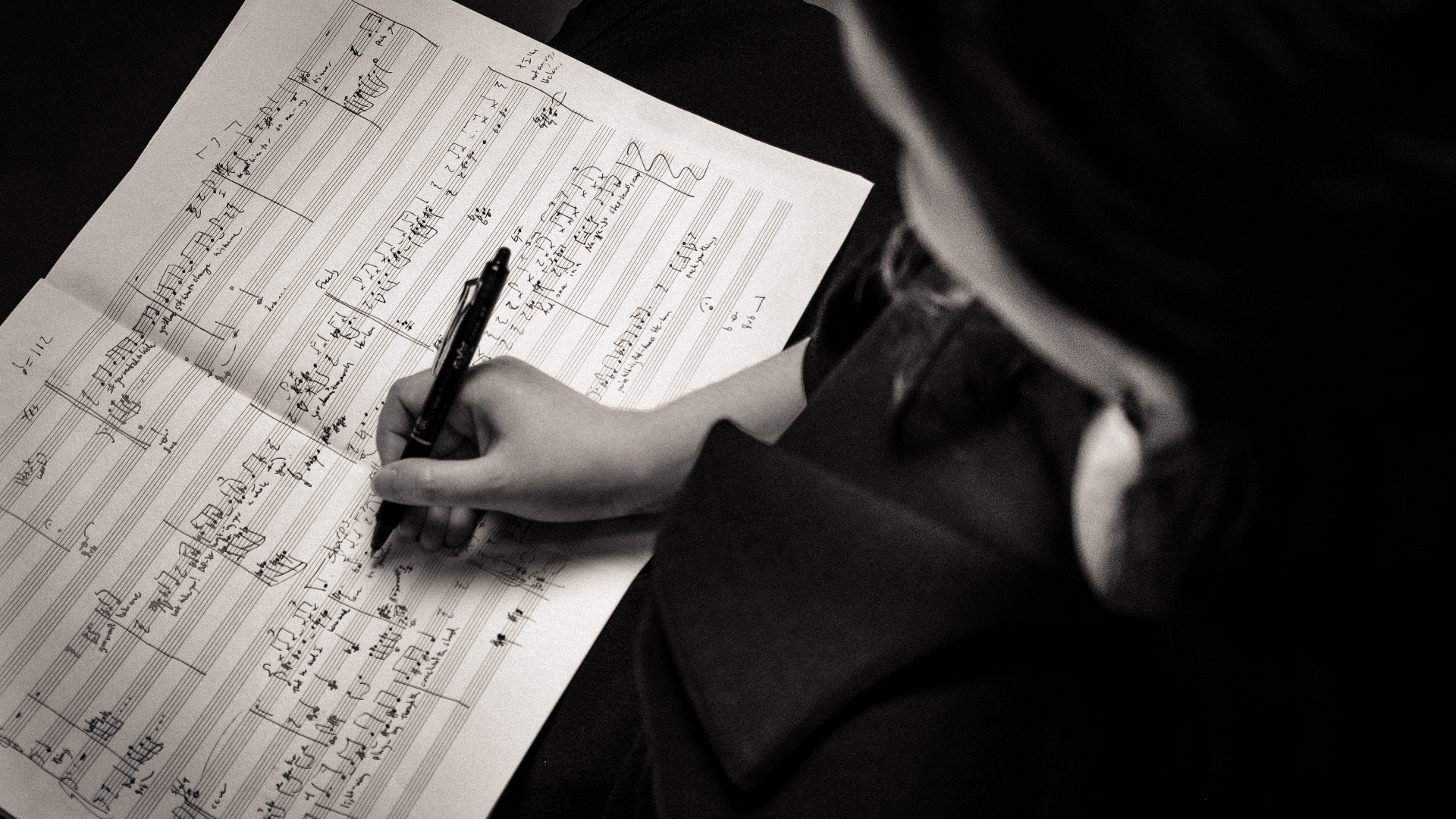 Jessica Hunt (b. 1987) has been commissioned by the Philadelphia Orchestra (Climb), the Ann Arbor Symphony Orchestra (The Eagle Tree), the Gaudete Brass Quintet (seven works), Detroit Chamber Winds and Strings, The Michigan Lighthouse Landmark Legacy Project, Access Contemporary Music, and many others; has served as the 2018 Boontling Community Fellow at the Gabriela Lena Frank Creative Academy of Music and as the 2017-18 Young Composer in Residence with the Detroit Chamber Winds and Strings; and was awarded a Regents Fellowship at the University of Michigan, where she completed her doctoral studies in 2019.

In her work as a composer, Hunt’s primary goal is to seek emotional resonance in the rhetorical dialogue between herself, the audience, and the performer by creating eclectic works that explore the aural and syntactical intersections between theatre, narrative, sound, truth and fiction. As such, she has a particular focus on works engaging with the interpretation of text and identity, ranging from her opera-in-progress Thurso’s Landing based on the lengthy narrative poem by Robinson Jeffers, to recently-premiered Climb (Philadelphia Orchestra commission) which explores Hunt’s physical experiences with disability and chronic illness.

As a scholar and educator, Hunt serves as an Assistant Professor of Music Theory at The Peabody Institute of The Johns Hopkins University where her research interests include the phonetic and articulatory phenomena of sung text, harmonic vocabulary and syntax in musical theater, and expanding the canon through creative analysis and curricular development focusing on the works of under-represented composers.

Hunt was born on a small cattle ranch in the desert mountains of eastern California during a blizzard. Most of her childhood and adolescence were spent in Vancouver, Washington, after which she transplanted to the midwest. Hunt holds degrees from Columbia College Chicago (BM ‘09), DePaul University (MM ‘16), and the University of Michigan (DMA ’19). She presently lives in Baltimore, MD, with her partner and high-school crush, Mark.

Hunt is a member of both ASCAP and the American Composers Forum, and is published exclusively by Just A Theory Press.

Skip back to main navigation